Taking a glimpse through the past it was evident that being creative was a big part of who I was. When I was a little girl my head was in the clouds dreaming of what I could make more often than not. During ballet class, social studies, phys. ed, dinner and bike rides. It didn’t matter, my mind would wonder to places I felt free to create. I would see color and forms & think how could put them together. I was a DIYer, even before it was a thing. I would sew in my free time and draw & make every chance I got.

When I look back it’s interesting to see how my limitations cultivated the creator I would become. We didn’t have a lot of extra money so we had to be resourceful, something my mother was very good at.  I had so many hand me downs, which made me incredibly self conscious. I found ways to make them look designer-ish so I felt more comfortable.  I would sew, cut and modify until I was content. Most of my younger years someone was either in college or getting married, which didn’t leave a lot left over for extras. But those circumstances made me work harder to see the potential in things.

The pieces of the puzzle that led me here, I can honestly say I wouldn’t change a thing. Although, I am happy that creative careers are now looked at in a different light, especially for my boys. I see so much of myself in my little Jack. He told me the other day that he was a master DIYer, my heart almost burst. Because my head was in the clouds at times, people underestimated me. I never want that for either of my boys. I(we) make sure that words spoken in our house are lifting words and that I(we) see all of their gifts.  I was lucky that I had an incredible amount of support from my parents and I(we) want to be that for them. 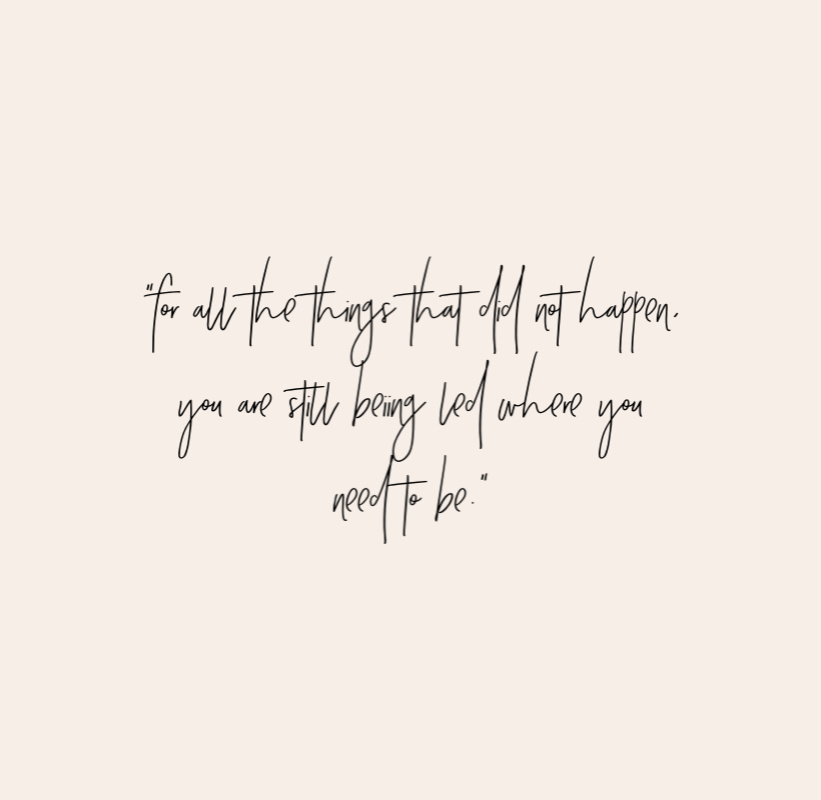 In high school I had a lack of creative reinforcement, I went onto the college thinking I needed to be realistic. What still blows my mind is that no one ever suggested interior design, what?! I had countless hours with guidance, filling out paper work trying to nail down a career that was suitable. Not once did it come up. I do think everything happens for a reason and it just wasn’t meant to be my path. I went for teaching instead, received my undergrad, went on for my masters, got a job as an assistant, then a substitute and tutored on the side. Then I met John, who was living in Aspen at the time. Hence the move to Colorado shortly after. I had an incredible job there for almost 5 years working in design and textiles. I had the best co-workers/creative friends a girl could ask for. We had all the popular home design magazines delivered every month and we would bounce ideas off each other. BHG was in there, it’s crazy to me to think that 10 years later I would have an opportunity to be featured. Never in a million years!!! That is one of the great gifts of life, anything can happen. 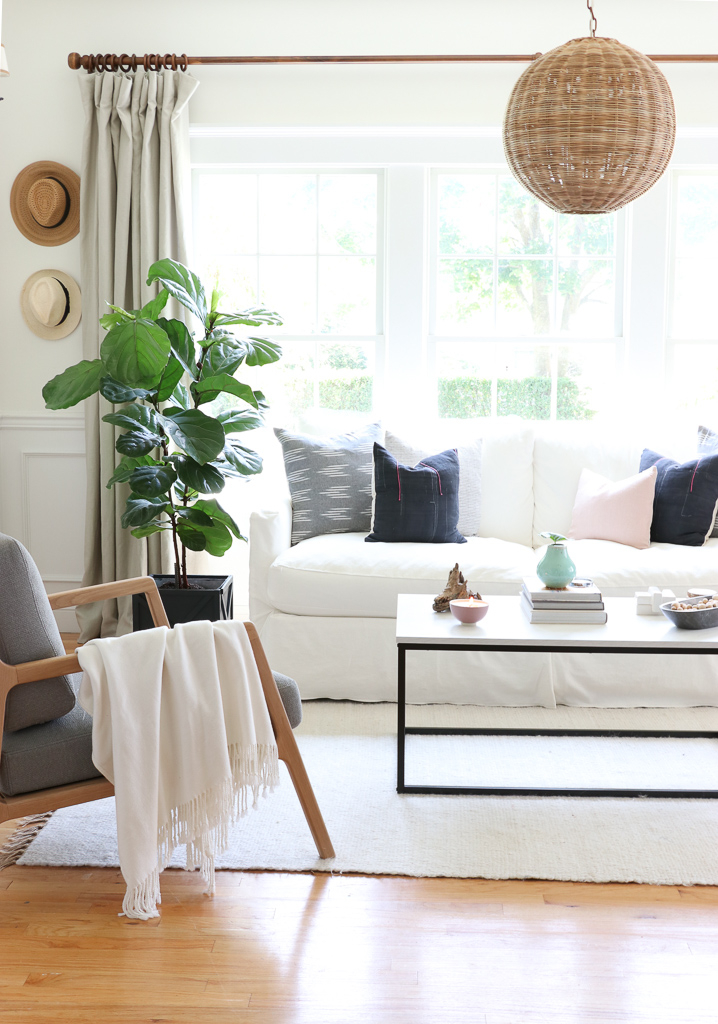 After I had Shane, I opened an Etsy shop and began a blog. A ton of people I knew from Colorado had blogs so it seemed like a normal transition. I had Jack and we moved into our home steps from the bay on Long Island, NY. I had plenty to blog about, it was slow at first as I didn’t know what I was doing. Plus juggling motherhood and a baby that never slept, ha, memories. Just a blip on the radar now but in the thick of it, I never thought I would sleep again. I never worked so hard in my life. For the first few years the revenue was almost non-existent. But I kept going because I LOVED it! I scored my 1st publication in Cottages and Bungalows, which was a highlight moment, for sure. 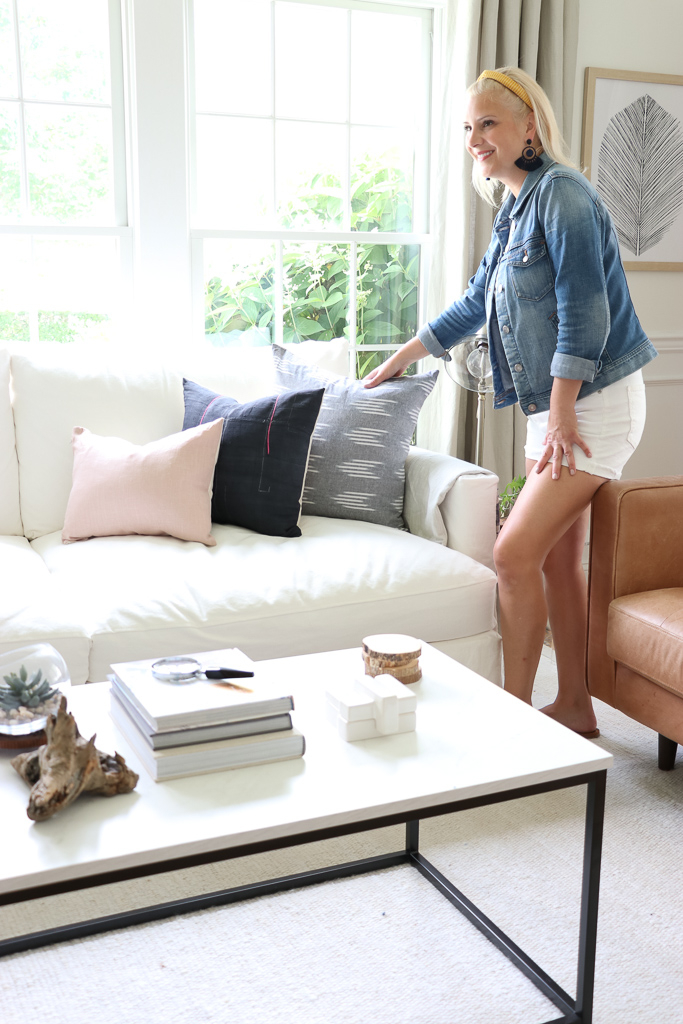 From there I collaborated with BHG on many fun features. I flew to Des Moines for March Madness, had my bedroom featured, my holiday home as well and the makeover I did with Rebuilding Together for a deserving homeowner. It has also been humbling to be named BHG Stylemaker 6 years in a row. I do think luck has something to do with opportunity but I also realize hard work does as well. 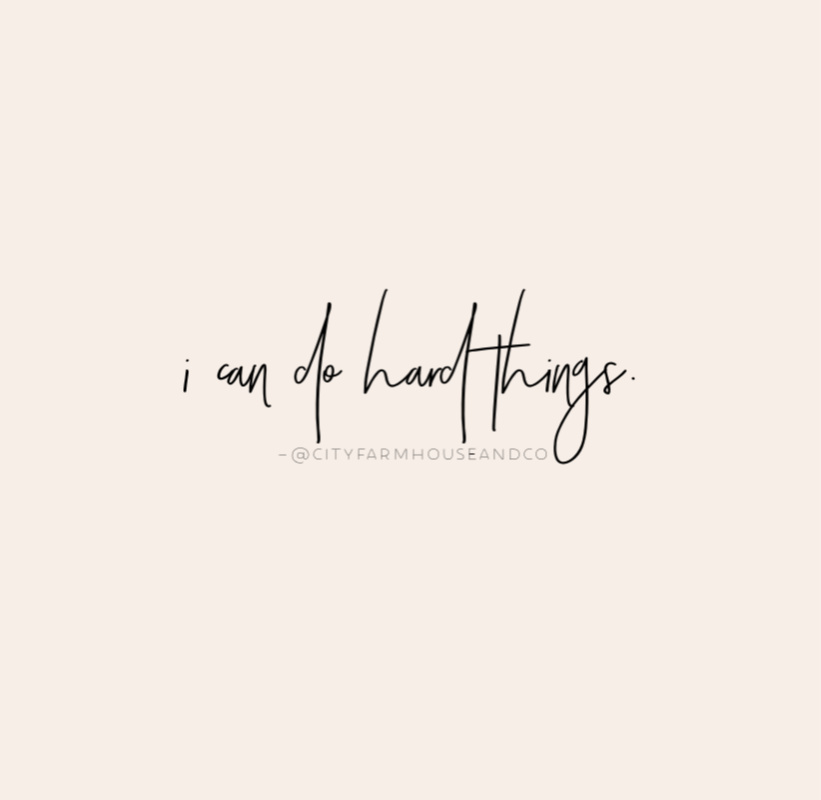 After blogging for the last 8+ years and recently having gone through a life altering experience I have asked myself some tough questions. Such as, what do I want from this?, what part of all this makes me really happy? and  if I could do anything related to design, what would it be? Loosing my father really woke me up. Up until that point I had been chasing other peoples dreams. I saw what others were achieving on social media and I would instantly feel bad. But I realized something profound, maybe my path isn’t supposed to look like theirs. And if I have faith in myself and who I am as a creator the rest WILL follow. 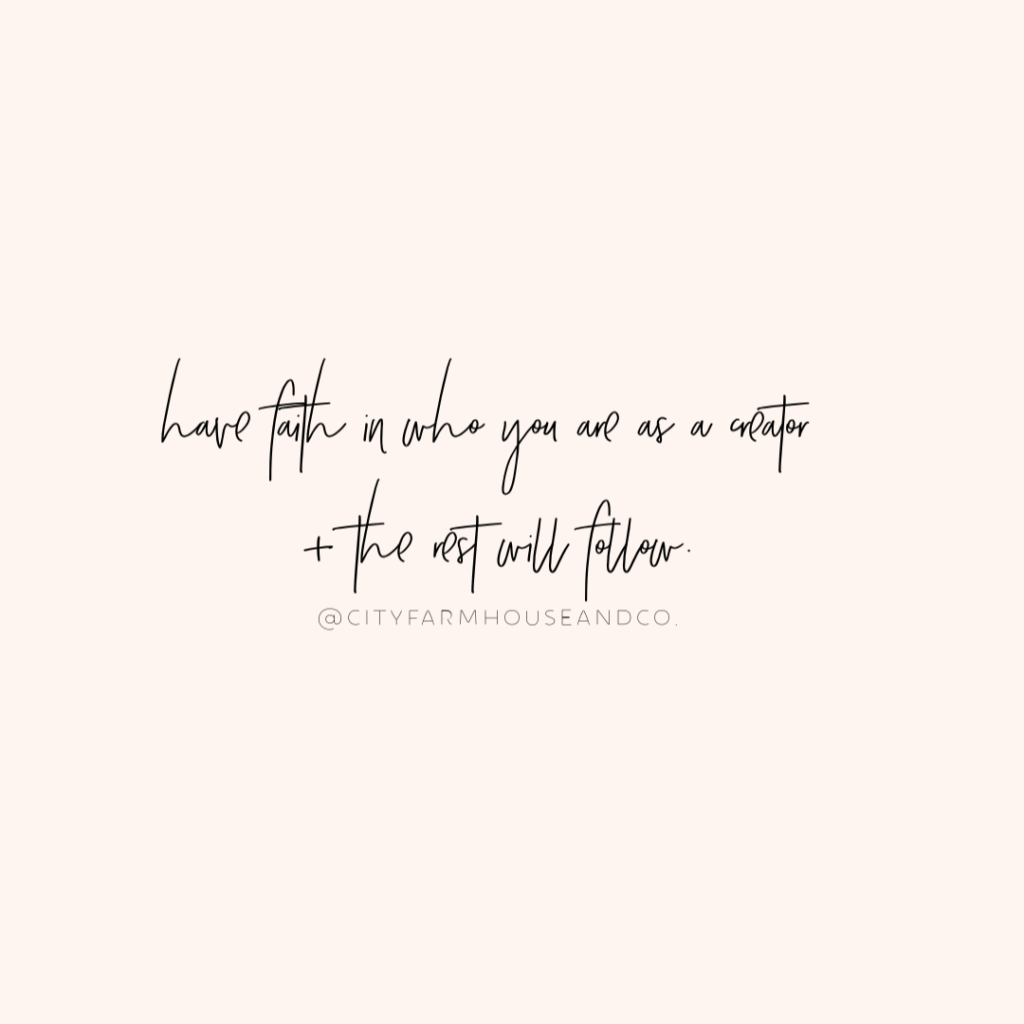 All of that history and the years of creating has brought me here, to this point. After asking myself those tough questions I realized I wanted to create just for myself again and bring my vision of beauty to the world. I am starting with my first love, textiles. I have poured my heart and soul into City Farmhouse and Co. Each pattern is handcrafted with a deep affection for the natural palette outside my door. All pillow covers are made of 100% linen and are printed & sourced ethically. They are all designed by hand by me and 5% of every sale goes to charity, Girls Inc. and Gimme Shelter. 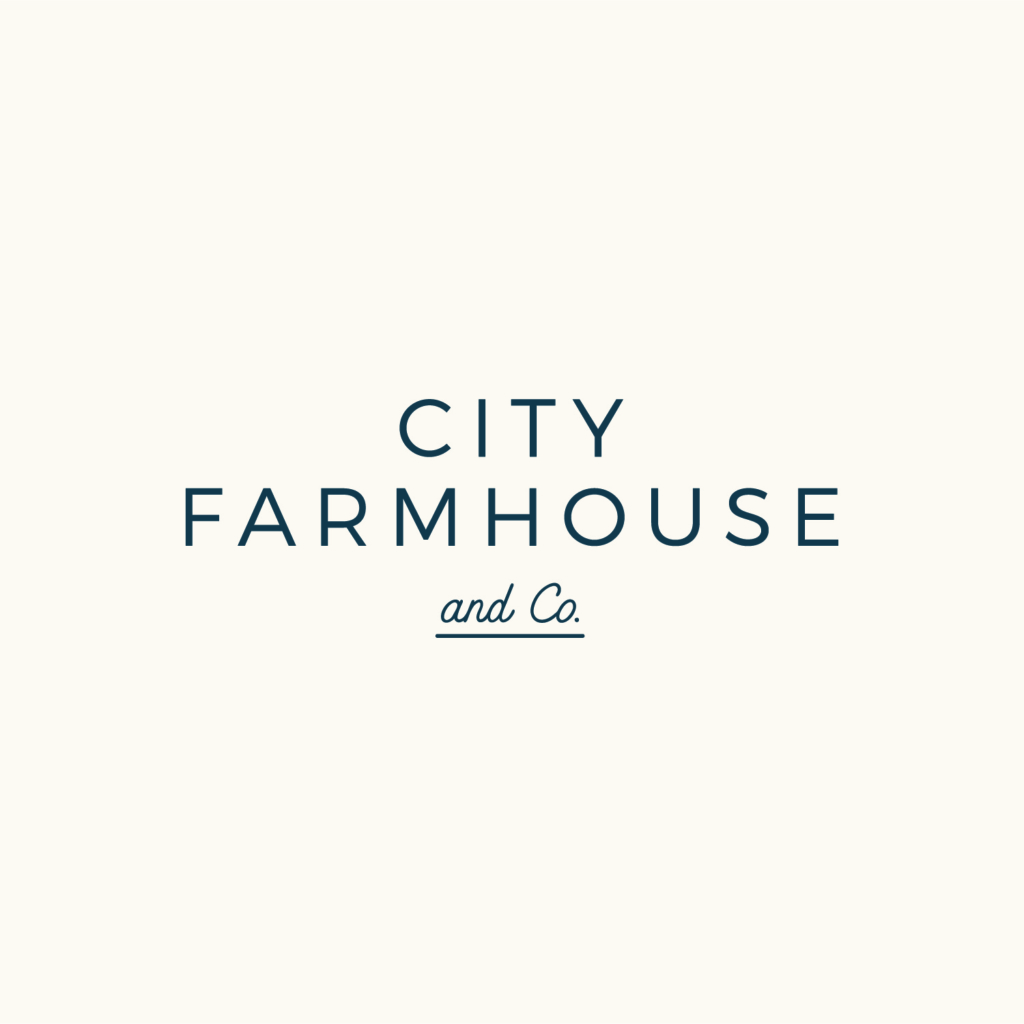 My OFFICIAL LAUNCH DATE is 1 week from today!!! I cant wait to show you what I have been working on!!!

You can shop my fabric designs and linen pillow covers at City Farmhouse and Co. in 1 week!!!

Have a happy day friends! 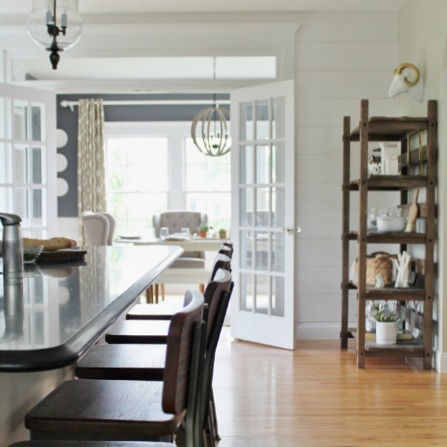 Hey there friends! I thought I would pop in and share some thoughts on appreciating the home you have. I think it is so easy to get discouraged by the beautiful & perfect images we see online, many times it leaves us with the idea that what we have isn’t enough. I think deep down we know it is enough but we get sucked in and play the comparison game. And we all know that comparison is the thief of joy. 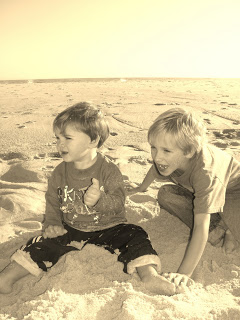 ﻿ ﻿ Enjoy The Small Things For Someday They Will Be The BIG Things.﻿ 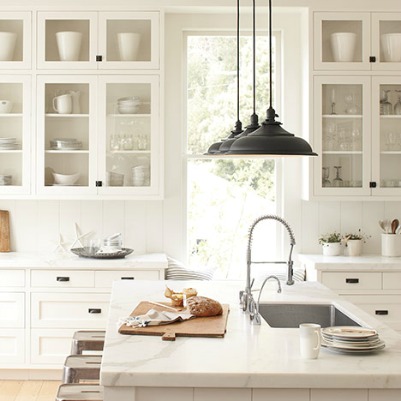 Hi friends! A big happy Thursday to you! Although we are still in the midst of winter here on Long Island, it has felt more like spring.  We have been playing at the beach almost every… 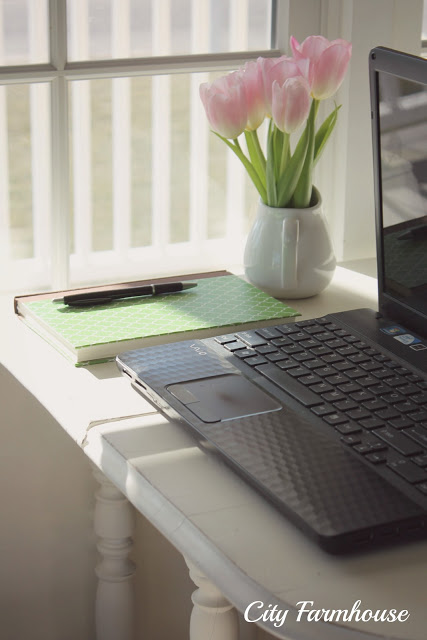 Hi Friends! And I mean that. You have been on the other end of this computer screen for the last year or so reading all about my thrifty projects and tutorials,  while giving me the opportunity… 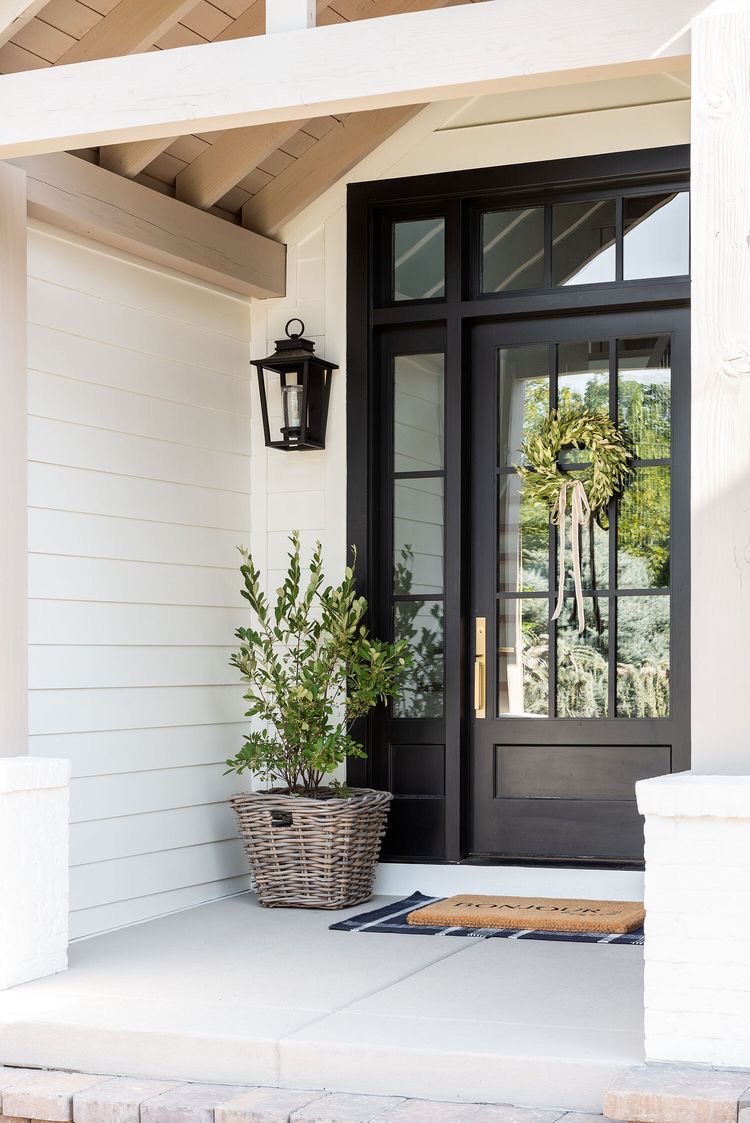 Winter is slowly retreating, uncovering the splendid beats of spring. The sweet sounds tickle my ears and the smells tantalize my nose. With this new season brings an eagerness for summer and sometimes I feel… 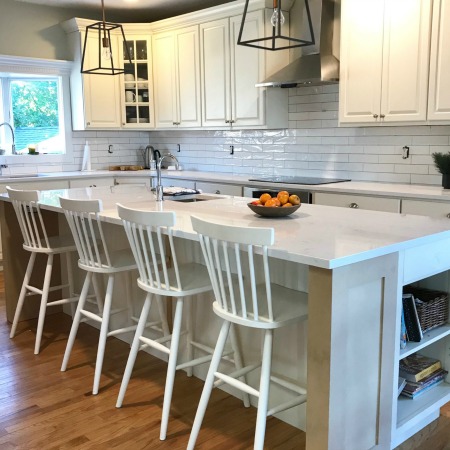 I have wanted white kitchen counters since we moved in 7 years ago. It still seems surreal to think we have had them for almost 2 months now. There is definitely something to be said…

Anyone else obsessed with The Notebook and/or the

Details on my coffee table because I get so many q

Calling all people who have highly active kids or

If you love in a dreamy coastal town or have recen