Hi there friends! Welcome to Taste of the Season hosted by my friend Kristin from Ella Claire! It will be a 5 part series over the holiday season, which will include incredible recipes from over 20 of your favorite bloggers each time. Today it’s all about APPLES!  I never thought I would be saying this at the end of August but it feels like fall. Usually the last week of summer on Long Island is hotter than heck but yesterday I found myself reaching for a long, cozy sweater and leggings, what?! Speaking of fall, I have the perfect recipe, not only is it easy but it’s delicious too. It’s a Gluten Free Apple Crisp that everyone will love!

As most of you know I went GF a few months ago, you can read about it HERE. The dessert part has been a little tough, I am not gonna lie. I do indulge in dessert from time to time, so I am enjoying converting & testing out some of my favorite recipes. This recipe is also simple enough to convert back if you so choose but I doubt you will:). 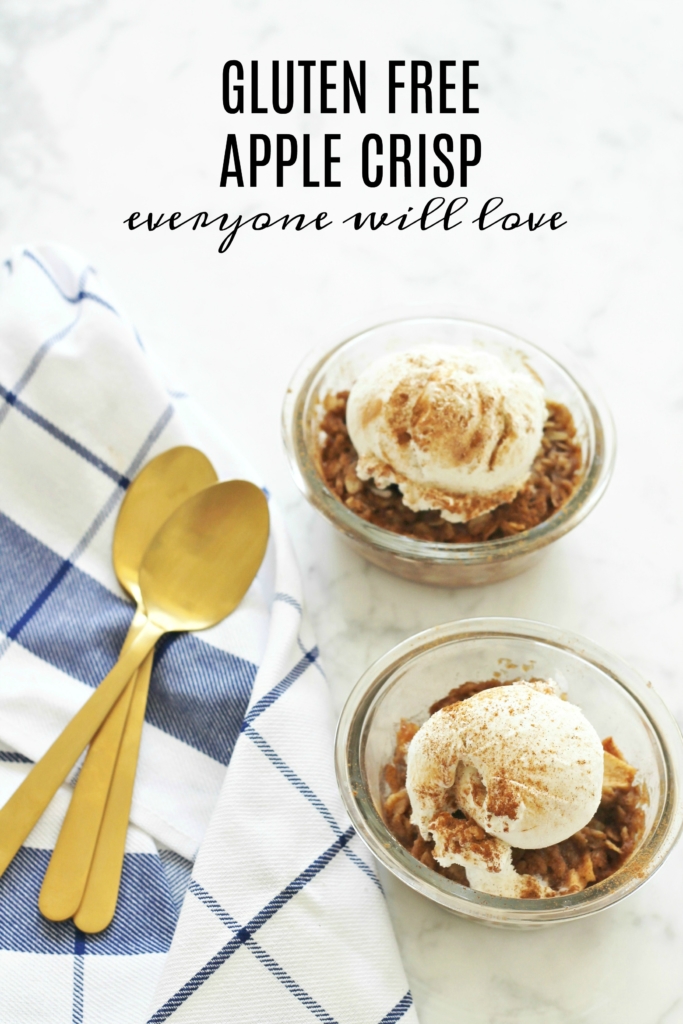 For the filling you will need a bag of apples, I used Gala but the recipe is flexible. I peeled and sliced them into small chunks. 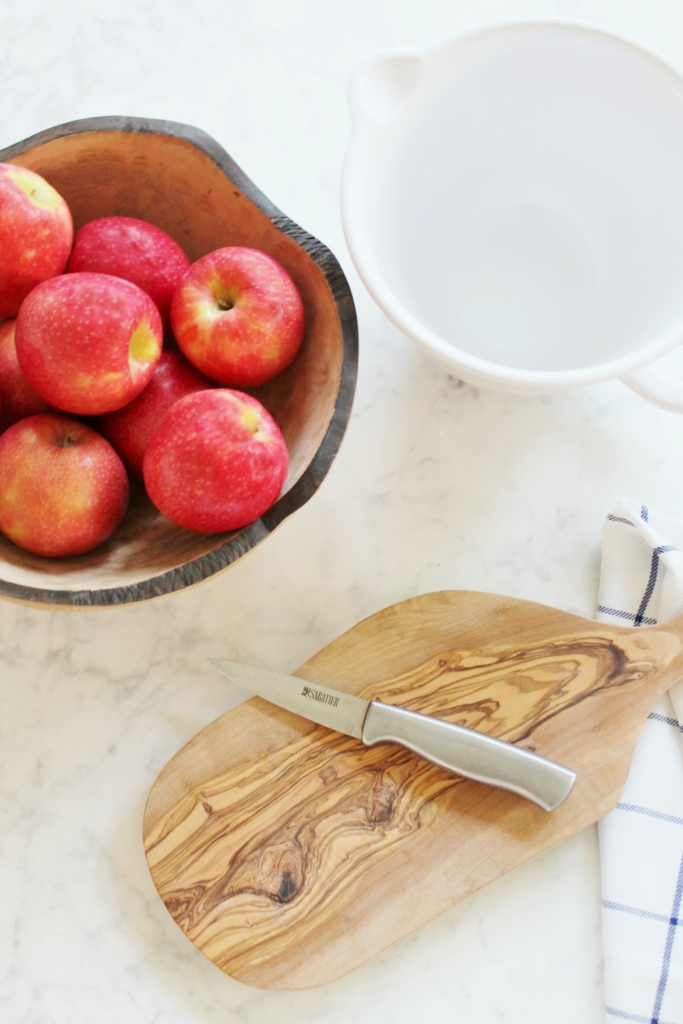 Time to add the sugar + cinnamon. 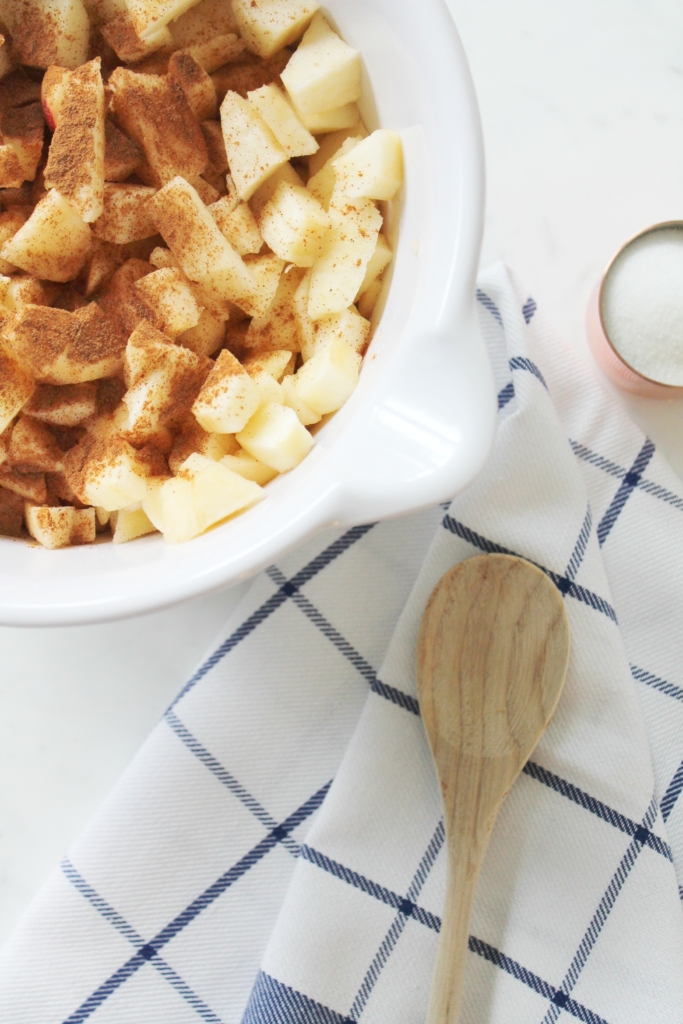 For the topping I used GF old fashioned rolled oats + GF baking flour as substitutions in order to make it gluten free. 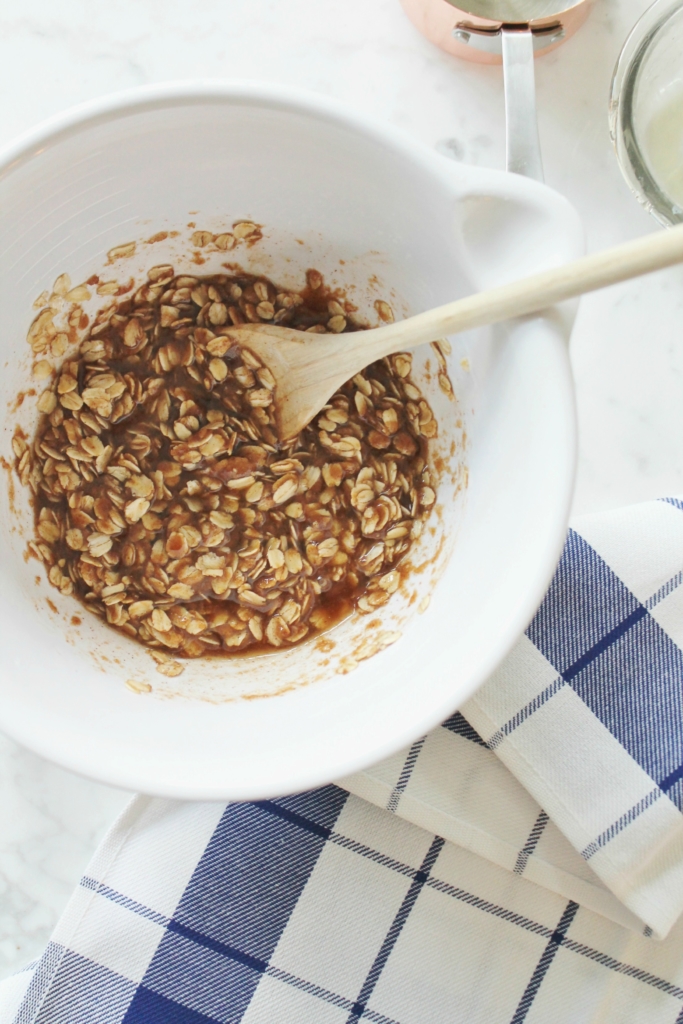 After it was baked I topped it with all natural vanilla bean ice cream while still warm, so yummy!!! 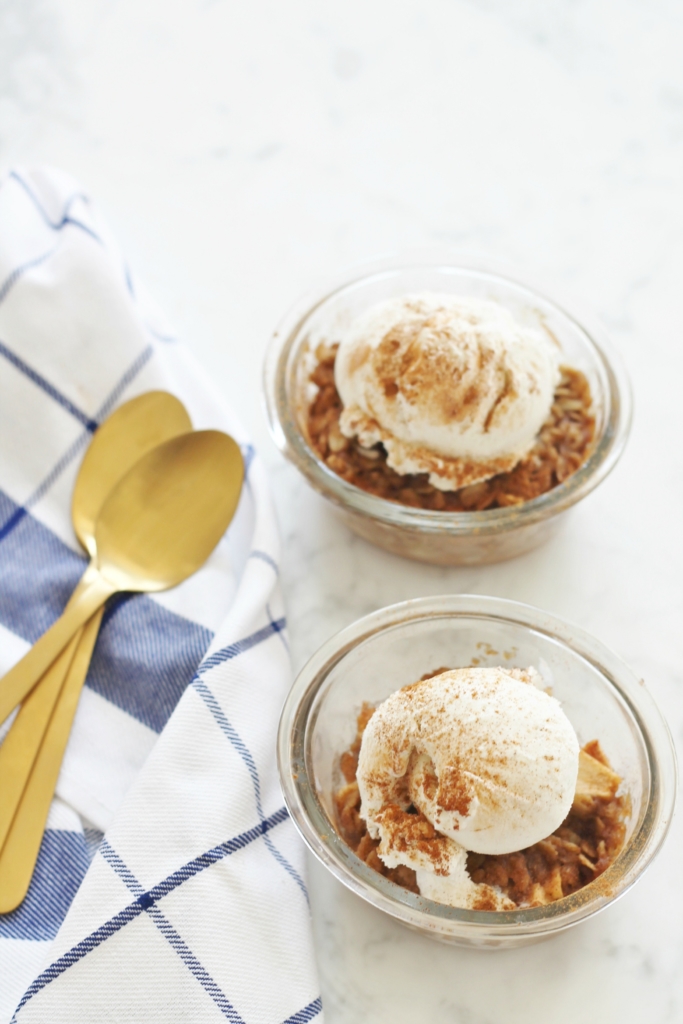 slice apples into small chunks into a mixing bowl with sugar and cinnamon. Pour into your oven safe saucers (or pie pan) half way full. 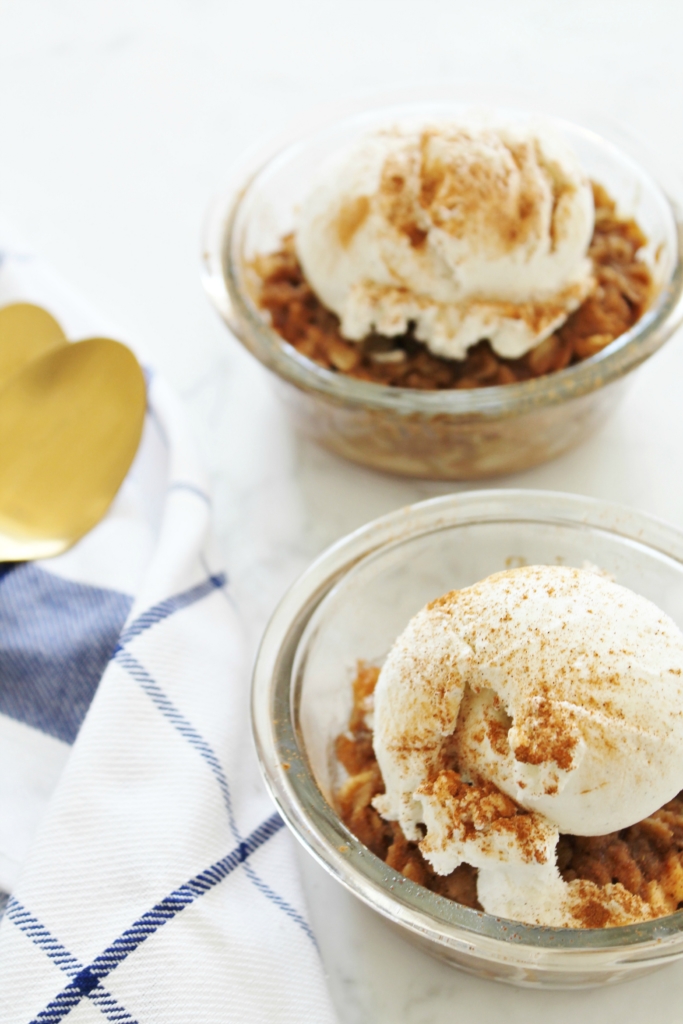 Here is the full list of recipes this week, which look amazing!!

Have a happy day! 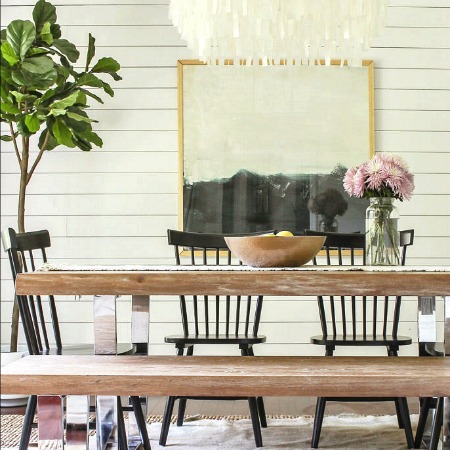 Hello readers of City Farmhouse! I am Erica from Designing Vibes and I am so honored to be guest posting for Jen today and sharing my 1980’s rancher turned modern farmhouse tour. The fact that… 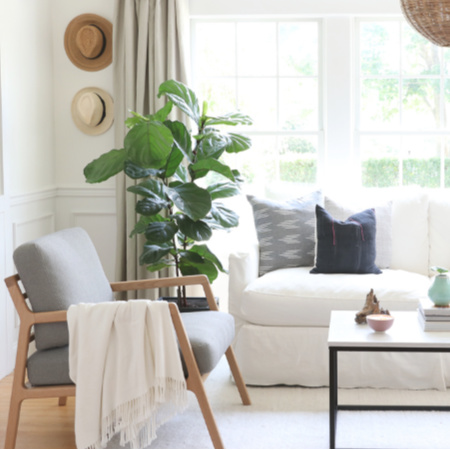 I am not sure how to follow my last post. In a nutshell it basically summed up home as more than just it’s aesthetic. If the last 6 months have taught me anything it’s to… 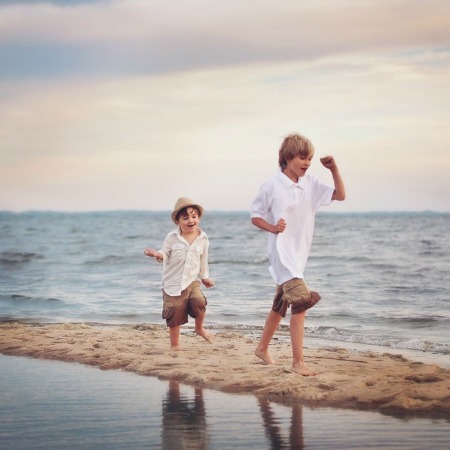 Hi, my name is Michele, I am a professional photographer and have been creating memories for my clients professionally now for five years and I love it more each day! My business name is michele… 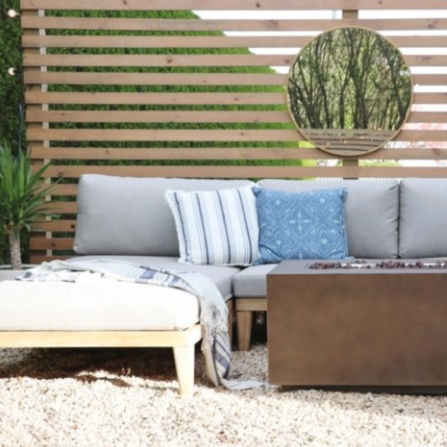 Although I am ecstatic that the warmer weather has finally arrived, it always provides a never ending to do list. Which right now I am fully embracing. Ask me again in a month and I… 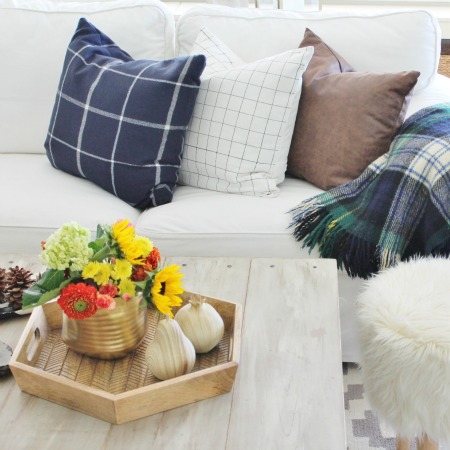 Happy day friends! Today I am joining my blogging girls for Seasons of Home, Autumn Edition. It’s a chance for us to share  projects, vignettes and thoughts on fall in an intimate way.  I love these… 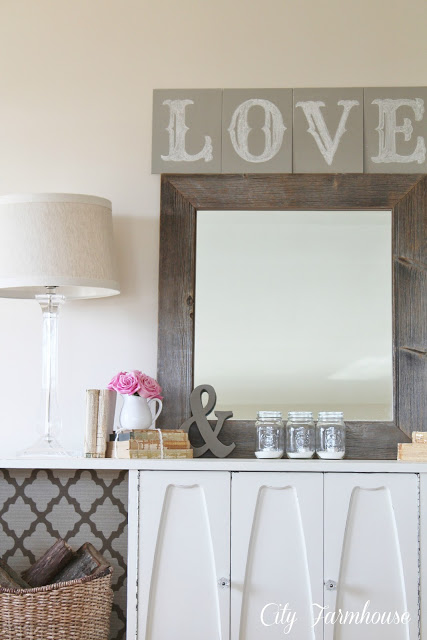 Hi everyone! I hope it has been a good week for you so far! We are on the mend here, thank goodness. I am not sure if you have noticed but I I like signs. My…

The holidays are always a time for reflection. And

My Christmas tour is live and first peek at my bla

Are you changing out your art this holiday season?